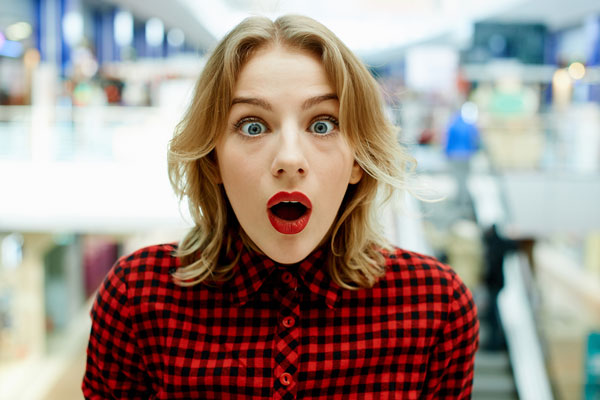 8 Over-the-Top Manicures That Will Make You Say "Huh?"

That was our reaction, too!


The aesthetic artisans at Binh's are always on the lookout for new and exciting fingernail fashion options now that traditional, conservative manicure trends have been turned upside down. We were excited; therefore, to encounter a webpage featuring eight manicure designs that push more envelopes than the post office.

Okay, we'll bite, how weird are they?

Very.  The photo montage that precedes the eight over-the-top styles are so garish, they look like someone has glued the entire inventory of junk jewelry from a flea market to their fingers. It says a lot they didn't make the final cut of the weirdest eight.

What was weird style #1?

How would you like to have critters painted on your nails with great big googly eyes glued to the itty-bitty critter bodies? That' the look that made the top eight. The worst part of this style is that it must make you feel like your fingers can 'see' where you're scratching!

Yes, googly eyes are perhaps kind of odd but sound fun and charming, at least. They also have a certain practicality compared to weird style #2 which has Tetris-like blocks protruding from the ends of the fingernails.  How one can live life normally with these bas relief fingernail extensions is beyond us. Where are the French tips when we need them?

You ain't seen nothing yet.

The third style featured in this tableau are so out there, they make the Tetris mani look almost sedate. The theme of this manicure appears to be tools, with each nail sticking out from the fingertip a good two inches or more, and fashioned into such strange shapes as a tiny saw and an "olde timey" bottle opener. The thumbnail is the piece de resistance, however, with a nail that appears to be about four inches long twisted into the shape of a corkscrew.  If it would really uncork a bottle of Cabernet Sauvignon, though, we might actually consider it.

Manicure Number 4 looks like the "werewolf manicure" which Binh's discussed in a previous blog but it seems as though this werewolf may have been a refugee from a Pride Parade. The fur, which is attached to the fingernails of the model, appear tie-dyed in shades of purples and pinks. Admittedly, this style may be an improvement over the tool-themed manicure for normal, everyday tasks, but it wouldn't be nearly as handy for breaking out of prison.

Can they get any weirder than that?

Oh yes. Mani #5, for example, is an Edward Scissorhands tribute with tiny shears affixed to the nails and a wee bust of Edward on the thumbnail.  Number 6 transforms nails into claws complete with a multitude of bats painted on the gnarled-looking platform. Numbers 7 and 8 are even stranger yet but you can see them for yourself here.

What does it all mean?

Ultimately, it seems these outrageous manicures are done only to attract attention and create viral social media. These styles are about as appropriate to regular living as runway clothing designs at haute couture fashion shows. On the plus side, however, is the reality that raising the weirdness bar fosters an "anything goes" freedom of expression for manicurists which can only be a good thing. Now that we have been given permission to create looks "outside the box" what cool look would you like on your nails? Talk to the stylists at Binh's about your zanier mani ideas. We love a challenge!