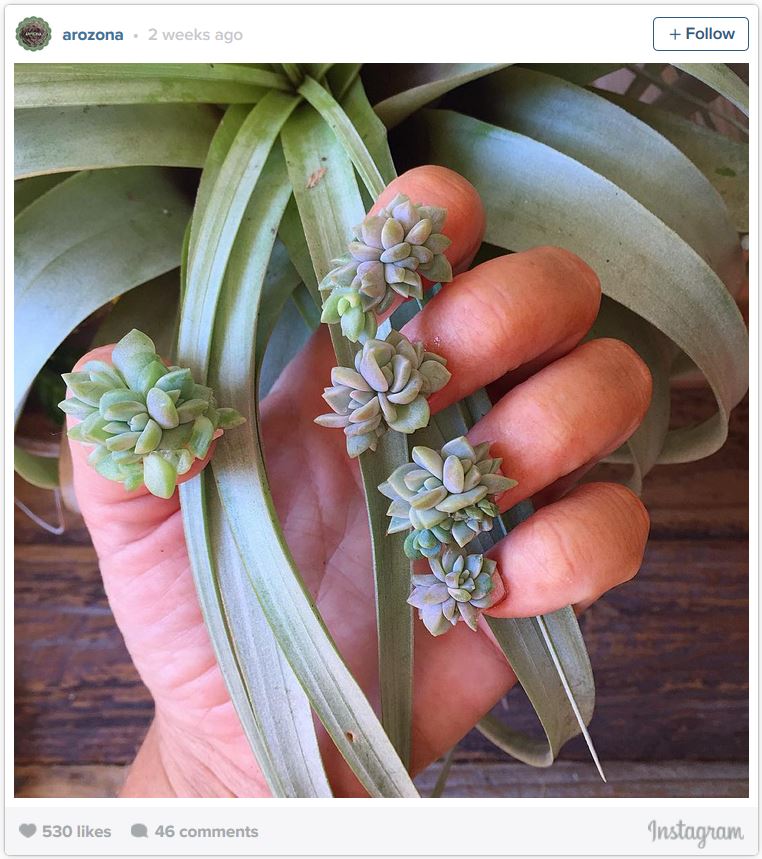 Is This the Strangest Manicure We've Seen Yet?

From artist, Roz Berg's Instagram page with the new style


Never one to shy away from ground-breaking manicure design news, Binh's Nails (Tamarack) in Edmonton's east end has learned of the most cutting edge manicure style; the Succulent Manicure.

Succulent? Isn't that like a big fat, juicy beef steak?

For those not familiar with the term, "succulent", according to dictionary.com, it is an adjective, meaning:

I thought this was about finger fashion, not steak.

Although the middle two definitions would certain apply to manicures, surprisingly it is definition Number 4 that comes into play for the "Succulent Manicure". Indeed, the definition for "succulent", as a noun, claims it is descriptive of a type of plant like a cactus. It is a reference to the ability of a cactus to store liquid while growing in an arid habitat.

So people are gluing cactus to their fingers?

Well... yes! According to this story in the Huffington Post, a jewelry maker in Australia, who specializes in using living plants in her work, has made the leap to manicures. The artist, Roz Berg, reportedly can create a tiny, living garden using special miniature foliage and "Oasis glue" which is a floral adhesive. She designs each mini-garden on a false nail which then gets affixed to a client's own nail. The effect is eye-catching, if nothing else. What's next? Tiny weed whackers to keep your fingertip flower garden neat and trim?